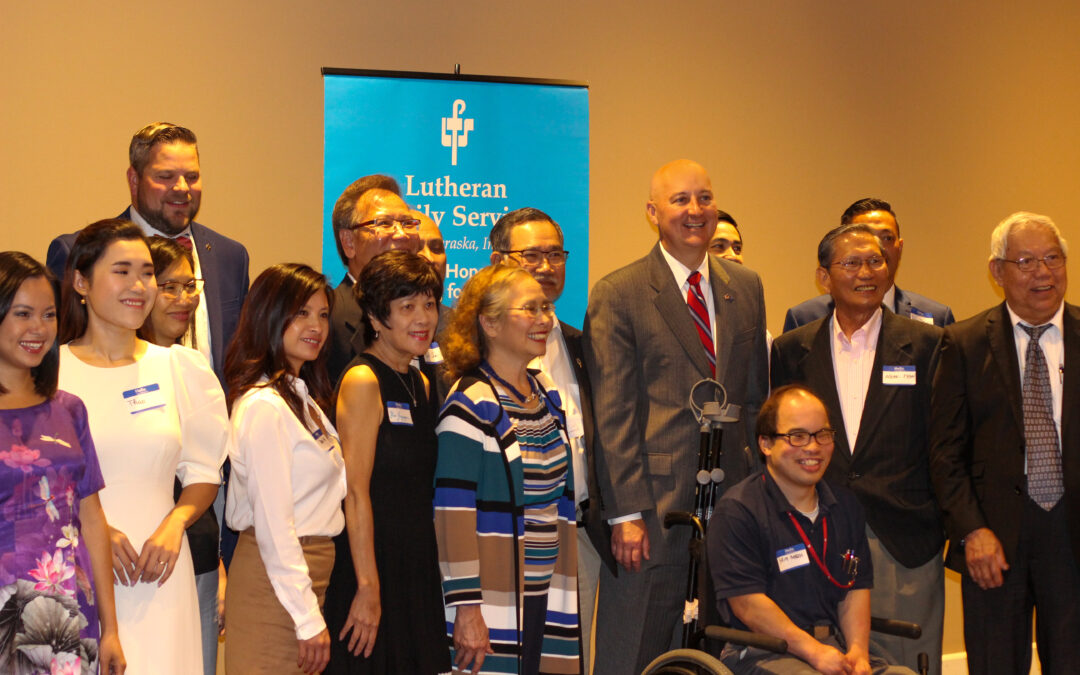 OMAHA – Yesterday, Governor Pete Ricketts met with members of Nebraska’s Vietnamese community to preview his upcoming trade mission to Japan and Vietnam.  Lutheran Family Services organized the forum so that the Governor could speak with the state’s Vietnamese residents about his mission to strengthen economic ties and promote agricultural exports in Asia.

“Many of our state’s Vietnamese residents came to Nebraska in the 1980s to seek refuge,” said Gov. Ricketts.  “These families have found great opportunities here and have made Nebraska their home.  Nebraska’s Vietnamese community enriches our state through its cuisine, culture, entrepreneurship, civic engagement, and more.  I’m looking forward to leading a trade delegation to Vietnam this fall to expand our relationship with the country and find more opportunities to sell our quality ag products.”

During the 1980s, the city of Lincoln welcomed and resettled approximately 5,500 Vietnamese refugees.  Many of those refugees, as well as thousands of others since, have benefited from Voluntary Agencies (VOLAGs), which work directly with the U.S. Department of State.  VOLAGs associate with numerous organizations across the United States.  Lutheran Family Services of Nebraska (LFS) has worked closely with two VOLAGs for decades: Church World Service and Lutheran Immigration Refugee Service.  Through these partnerships, LFS Nebraska was able to provide support to 401 refugees in 2018 alone.  This support included teaching people English, helping them gain employment, and equipping them to achieve promotions through education and employment opportunities.

Through these programs, hard work, and determination, the Vietnamese community in Nebraska is thriving.  Data from the 2011-2015 American Community Survey shows that 44.3% of the Vietnamese population in Nebraska work in one of Nebraska’s fastest growing industries: manufacturing.  Vietnamese residents of Nebraska also have a higher than average rate of home ownership.

“We are honored to bring leaders from our Nebraska Vietnamese community to meet Governor Ricketts as he prepares for his trade mission to Vietnam,” said Stacy Martin, President and CEO of Lutheran Family Services of Nebraska.  “Lutheran Family Services has been leading the way in refugee resettlement in Nebraska for more than forty years.  We know the Governor appreciates the positive impact our Vietnamese neighbors have made on Nebraska’s economy and how our state has been enriched because they chose to settle and build their families and businesses here.  We are grateful to Governor Ricketts for his leadership in recognizing the strong bipartisan tradition that reflects our shared American values of welcoming refugees and immigrants to America and Nebraska.”